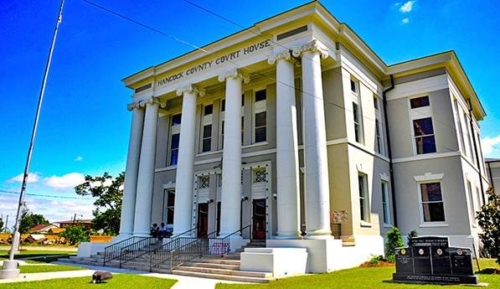 In what is believed to be one of the nation’s first civil jury trials in the COVID era — and the very first in Mississippi — David Pitre served as lead counsel in a five-day trial in Bay St. Louis (Hancock County). This hotly-contested litigation was defended by several law firms, and there were six attorneys for the defense in the courtroom at all times. Brehm Bell of Bay St. Louis was added as co-counsel for the plaintiff a few weeks prior to trial. Extensive technology was utilized throughout the trial. The Court also maintained strict safety protocols at all times, to protect the participants, jurors and courtroom staff during this global health crisis.

The plaintiff was a successful businessman headed to work early one morning when he suffered severe injuries in a hit-and-run collision caused by a man driving a company van. The defendant’s detailed alibi fell apart during trial despite the best efforts of his defense attorneys. The plaintiff’s uninsured motorist companies were also named as defendants. These two insurers attempted to minimize the plaintiff’s injuries and discredit his extensive medical treatment. Six experts testified for the plaintiff, including four medical doctors. In an 11-1 decision, the jury found for the plaintiff, rejecting the opinions of the insurance companies’ prolific medical expert (who was paid over $50,000 in this case, and earned over 2 million dollars over the last four years testifying mostly for insurers and defendants!). This 1.29 million dollar verdict is reportedly the second highest amount ever awarded an injured victim in county history. This landmark jury trial in the midst of a global pandemic received a lot of attention and media coverage throughout Mississippi and the nation. You can read more about the case as reported locally (here and here), and nationally (here and here).